Anyone who’s being honest would admit to wanting to be stronger. Strength is something we can never get enough of, yet rarely give it the priority it deserves in our training.

We worry ourselves sick mulling over how to lose unwanted body fat (which certainly has its place), but nary take the time to worry about how to make our muscles significantly stronger.

Fitness isn’t just about being lean, having little body fat and looking good with your shirt off. It’s about having a body that functions at a high level.

Free Your Wild - Making sure you don’t have an amount of fat that would hinder your performance is a part of the equation.

The other part is having muscular strength and explosiveness that will allow you to perform a range of actions efficiently and for at least moderate durations of time.

Functional strength is a concept that doesn’t necessarily have to apply to perform at your highest level for a sport, but that is the most pragmatic manner in which it can be applied and will be the focus of our article today.

The ability to run fast and quickly accelerate to a blazing top-speed benefits athletes in a wide range of sports.

Football, basketball, baseball, softball, soccer, lacrosse, and rugby are all sports where the best competitors in the most glamorous positions will be able to run faster than their peers.

So how do you build running speed? The same way you build any skill: by doing it often.

If you want to be able to run for long distances, work hard at continually running further and further until you’re able to run for as long as you desire. This is exactly how marathon runners build up to “the big race”.

If you want to build explosiveness and sprinting ability you need to build it up using similar activities. Some great ways to build sprinting speed are parachute sprints, hill sprints, interval sprints, and sled pushes.

Jumping higher is something that primarily concerns those competing in sports like volleyball or basketball.

Jumping is a high-intensity movement propelled by the strength and explosiveness in the quadriceps, calves, hamstrings, and glutes, with the arms providing some added propulsion.

As a general rule, when you want to improve a specific movement you want to perform exercises that simulate a similar motion, but with greater resistance than the desired action under normal conditions.

As I explained above, if you want to sprint faster you need to do sprinting activities that require greater amounts of propelling force or a higher level of intensity than a normal sprint on flat ground. All of the exercises I prescribed above for improving your ability to sprint fit this criterion.

Okay, back to jumping…

A few excellent exercises for improving your vertical leap include barbell squats, jump squats (weighted as necessary), continuous box jumps and jump lunges (with or without dumbbells).

The key when doing any of these exercises is to exert as much intensity as you can muster, explode upward from the bottom, and really push your muscles to work harder and to their limits. If you aren’t going to work hard you might as well not do them because you won’t see much of an improvement. 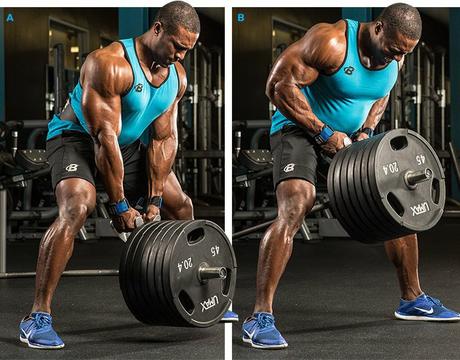 Baseball players, softball players, and football quarterbacks all require exceptional throwing strength to be at the top of their respective games.

There aren’t a whole lot of throwing-type exercise motions used in the weight room, so you have to use a little creativity when the goal is to throw harder and/or farther.

However, the concept is the same: use a similar motion that forces you to exert greater force/intensity than the action when performed under normal conditions.

Two of the best ways to increase throwing strength are weighted tosses and resistance band training.

Weighted tosses are done by simply playing catch with someone using a ball that is weighted beyond the normal weight of a baseball, softball, or football. You can buy pre-weighted baseballs and softballs online or at most sporting good stores.

Weighted footballs aren’t quite as common. If you can’t find one, using a weighted softball will be sufficient for any of you football players out there. Or, for you do-it-yourself kind of guys, you can come up with some clever way to add weight to your practice football without compromising your ability to throw it.

Playing catch with a weighted version of your ball three or four times a week will noticeably improve your throwing strength in a matter of a few weeks if you’re consistent about doing it.

If you don’t feel like playing catch, don’t have a partner to play catch with, or the weather isn’t conducive going outside to toss the ball around, you can also wrap a resistance band around a ceiling beam, pull up bar, or some other high and secure structure to perform a throwing motion with it.

Start with the band completely relaxed behind your back. Then, using a circular throwing motion you’ll bring your hand from behind your back until it’s straight out in front of you. You’ll repeat this motion for fifteen to twenty reps.

Each rep should be reasonably difficult and by the time you finish the set, you should be working pretty hard to push out those last couple of reps. If it isn’t, shorten the band to make it harder or keep going until it is.

The athletes that excel above their peers are those that put in the work to make sure no part of their game is lacking.

Being able to run faster, jump higher and throw harder are integral elements to many different sports and will usually pay the biggest returns when they are improved.

Instead of making excuses, start working hard at improving the areas of your game that need the most work. The type of focused training I’ve shared in this article is ignored by the majority of athletes, so make it a part of your weekly routine and give yourself the edge that every serious competitor is looking for, and needs, in order to dominate their sport.